This page describes the several elements that you should be aware of in order to create a more three-dimensional, lifelike representation of objects. 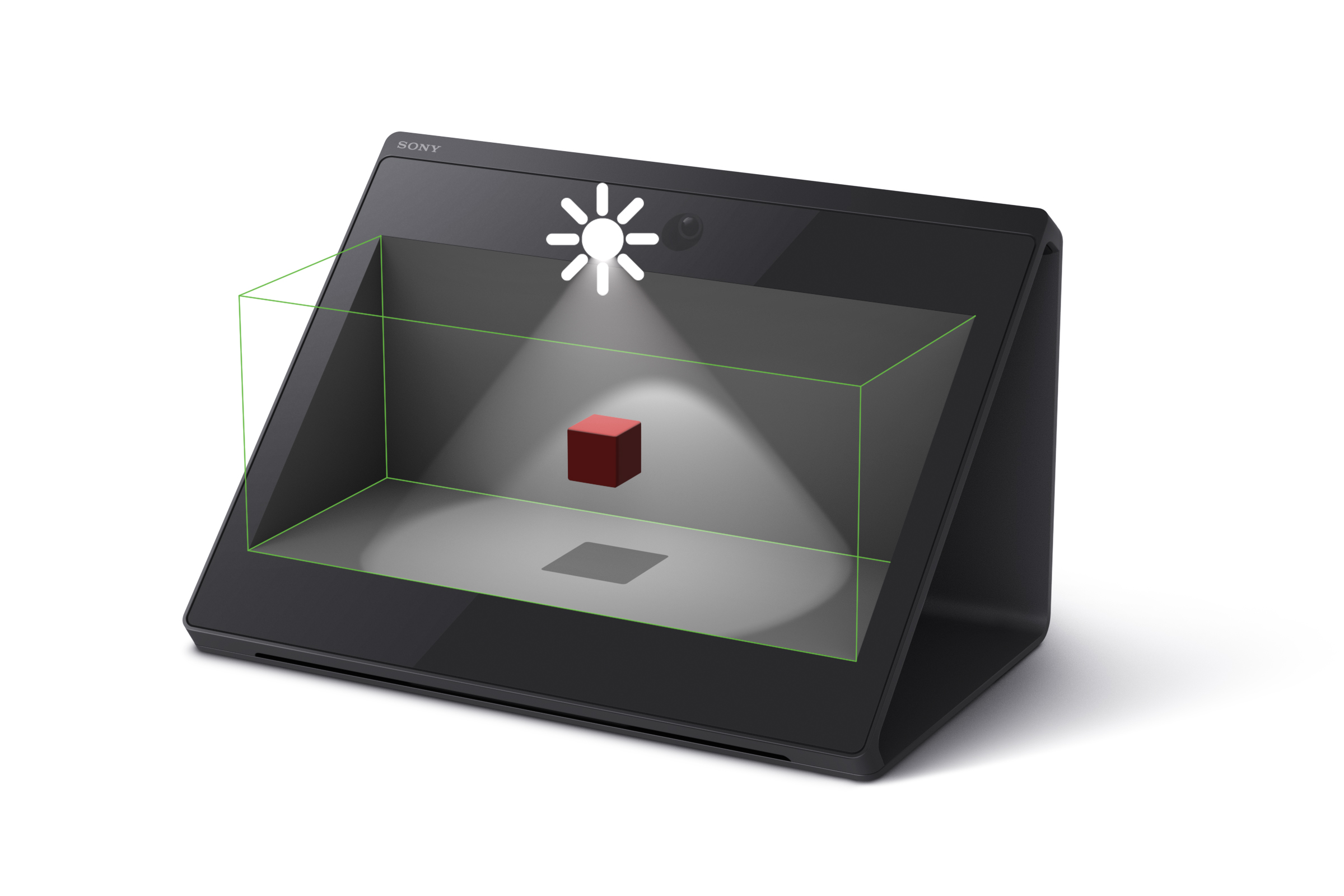 If you use a lot of expressions like this that seem to suddenly appear out of space, as if there is nothing there that should be there, it may cause a sense of discomfort, and some people may lose the three-dimensional effect.

Spatial Reality Display(SR Display) creates a natural three-dimensional image by dividing an image with parallax between the left and right eyes. However, when objects with a large difference in color or brightness are placed in front and behind, a double image ghost-like effect may occur in rare cases. This phenomenon is called crosstalk. When this happens, the three-dimensional effect is lost, so try to avoid this phenomenon in your content as much as possible.

If crosstalk is noticeable, please turn on the crosstalk correction function of SR Display SDK to improve the symptoms. (About Crosstalk Correction please refer to Unity / UE4) However, it involves a slight increase in processing load, so we recommend turning it on and off while checking the performance of the application and the crosstalk compensation effect after the aforementioned material mitigation.

Crosstalk Correction for SDK1.1 and later

Starting with SDK 1.1, crosstalk correction will have three modes to choose from in terms of performance and effectiveness.

If you want to display text within the space, it is best to place it in the lower area of the front side of the SR Display view space as much as possible. If you place it farther back, it may not be visible from some angles. It is best to place it over the "physical display surface" as much as possible to make it easier to focus and read. Also, using a thin font can make it difficult to form images correctly, so a thicker font is recommended.

The UI that is displayed when the user is prompted to operate or select a content is not directly displayed on the physical display surface, but it can be easily expressed by making the UI look like it exists in three-dimensional space. In this case, place it as a 3D object, not as a standard UI layer in the game engine. When implementing a pointing UI with a mouse cursor or a ray cast, avoid parallax inversion in the depth direction and parallax inconsistencies at the edges of the screen.