The birth of digital audio technology and its dramatic progress.

We can no longer separate digital technology from music production, these days.

Sony’s PCM processor, the PCM-1, had contributed to the early growth of digital audio, and laid the foundation for the progress that followed in the field of professional audio.

PCM processors were interfaces that allowed recording and playing back of digital information stored on videotape recorders, and in some ways are almost equivalent to audio I/O devices common nowadays.

In chapter 2, we’ll follow the path of Sony’s Professional Audio developments, starting from the late 1970s.

A world class ‘Maestro of Mastering’, he used the PCM-1610 and PCM-1630 for his mastering requirements. 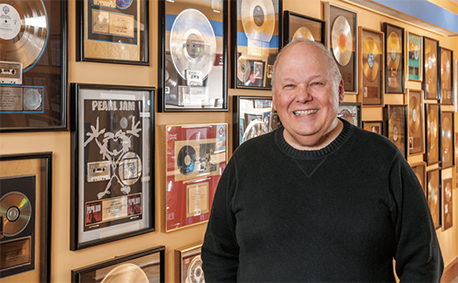 Introduction of the PCM-1610, allowing for the development of CDs, the new format that offered significant advances over analog records.

Analog records were still the dominant music format in the 1970s, but within Sony there was new research relating to “digital audio” which was to record and play the audio as digital data. This was led by Heitaro Nakajima, chief of the Research Institute, a newly-developed department at that time. Before joining Sony, Nakajima was working on digital audio to improve the sound quality of the FM radio, and in 1974, after joining Sony, he produced the prototype of a PCM recorder, the X-12DTC.

“PCM” (Pulse Code Modulation) is a digital conversion format that analyzes the analog audio waveform based on a specific sampling frequency, and converts each sample volume into a digital bit form. Later, this will be widely used in CDs, music files, synthesizers, rhythm machines, samplers, and audio interfaces, but we can certainly say that their foundations were established by the X-12DTC.

Finally, in 1977, Sony’s PCM-1 processor was released. It was a 2-channel processor with AD/DA converters (the circuit for converting analog to digital, and back again), that when combined with a Betamax video tape recorder, was able to record and play in digital. Although the PCM-1 was for consumers, the professional 2-channel model, the PCM-1600, was released in 1978. Combined with U-matic (U standard) video tape recorders, these were introduced to recording studios as digital mastering recorders.

“In the 1970s, I don't remember if we had used digital masters for analog records. But probably, we were getting ready for the upcoming era of CDs.” states Tamotsu Yoshida, a recording engineer who had used Sony PCM processors. The CD format was co-produced by Sony and Phillips and came to the market in 1982 as a new music format to replace analog records. The beginnings of that change were already becoming evident in many studios by the end of 1970s.

“After the PCM-1600’s introduction, the PCM-1610 (1980) and subsequent PCM-1630 (1985) were released from Sony. With the PCM-1610, the “emphasis” function had to be engaged all the time, in order to improve the S/N ratio. It was meant to record with the high-end emphasized, but then to lower it when it was to be played back. So, it was quite difficult to set gain for the recording level, but this was dramatically improved with the PCM-1630.The tonal quality was also improved. CD mastering decisions such as song order, placement and duration of intervals, and the creation of PQ codes were done by consoles such as the DAE-1100 and DAE-3000. “At the time of the PCM-1610, I was not involved with most of the mastering sessions needed for creation of the digital masters. This meant that I was doing the mixes, as they were not necessarily intended to then be audio ‘mastered’, so CDs like Eiichi Ohtaki’s “A LONG VACATION” released in 1982 was very close to “the mix that was only recorded by the PCM 1610 system” itself. 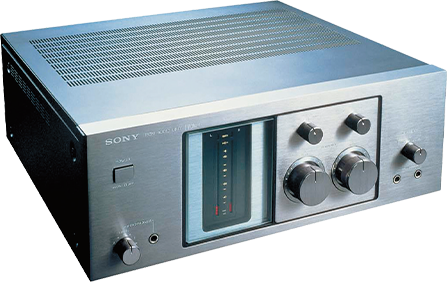 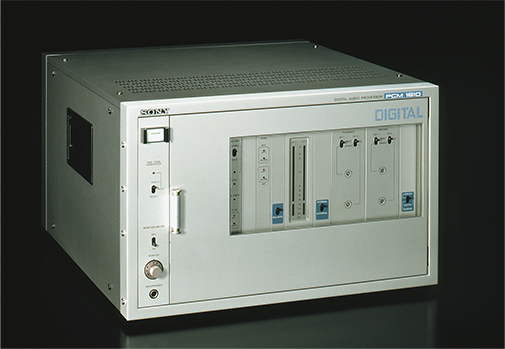 1 : The PCM-1, a two channel home use PCM processor released in 1977, was priced at about $2,000 at the time. The first product in the world to record and play in digital, when combined with a Betamax video tape recorder.

PCM-1610 and PCM-1630, which were distributed to many studios around the world.

Sony's digital mastering systems, centered around PCM processors, were common around the world, and became the de facto standard of the 1980s and 1990s. “Just as the 1610/DAE-1100 was a standard, for a while their replacement the 1630/DAE-3000 was a standard in America, and probably most of the world.” states world famous engineer Bob Ludwig, who used to work in Sterling Sound and Masterdisk, and now runs Gateway Mastering.

“The first digital album I cut from Sony gear was “Moving Pictures” by RUSH. That was 1981. We used a rented system with a PCM-1610 and a standard U-Matic video deck. Mixing engineer Paul Northfield was wisely listening to their mixes thru the DAC-ADC so all the EQ and reverb trails were auditioned as it was truly going to sound. It sounded amazing in 1981 and it still sounds amazing in 2021.” 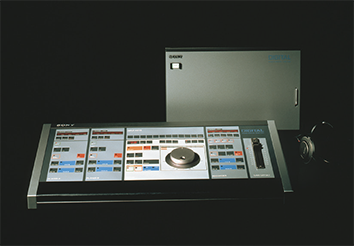 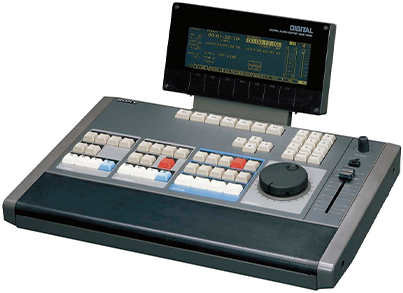 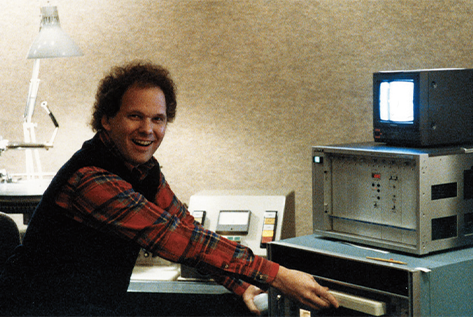 1 : DAE-1100, an editing processor used with the PCM-1610 and BVU-800DA (U-matic video tape recorder). Functions such as a search dial, which helped in finding the editing point, were installed.

3 : PCM-1630, released in 1985. Designed with compatibility to replace the PCM-1610, it spread across the world. Due to the new filter in the AD/DA section, the transient characteristics in record/play functions were improved.

The DMR-4000 Mastering recorder, which had been relied on heavily by mastering engineers.

Ludwig had mastered many works with the PCM 1610 and DAE-1100. Among them were masterpieces such as Bruce Springsteen “Born In The USA”, Madonna “Like a Virgin”, Metallica “Ride the Lightning”, and Bryan Ferry “Boys and Girls”.

“They faithfully reproduced the usual qualities of early digital which included flat frequency response, far more linear than any tape machine specifications, and most attractively for classical music, immeasurable flutter. Classical producers went to, and stayed digital more so than any other genre.”

Ludwig had also actively worked on Sony digital gear even after the establishment of Gateway Mastering in 1993. He recollects the system of the time, as follows.

“We opened with PCM-1630 and DAE-3000 editors and several PCM-1630s and DMR-4000s. This was the best machine because it allowed you to confidence monitor off the machine. The records that we have used the system with the PCM-1630 were Happy Mondays “Yes Please!”, Mr. Big “Bump Ahead”, Nirvana “In Utero”, Madonna “Justify My Love”, Pet Shop Boys “Very” and so on. There were really so many.”

Digital mastering systems, the PCM-1610 and PCM-1630, were loved across the world. At the same time, Sony had built the de facto standard in the field of multi-track recorders. 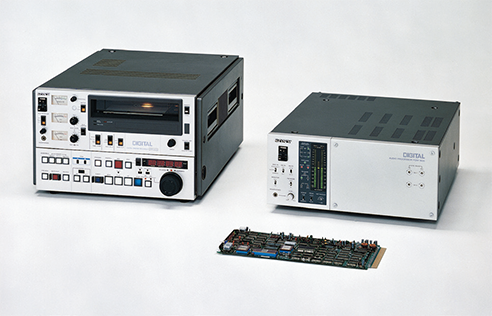 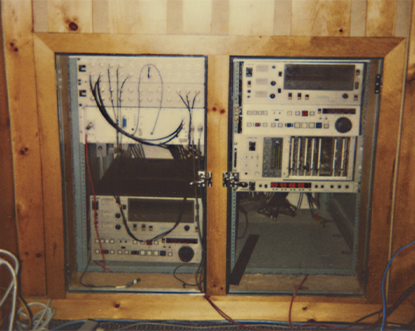